See dates for opening times and events. REMEMBER: If a date is empty, it doesn't mean we're closed! 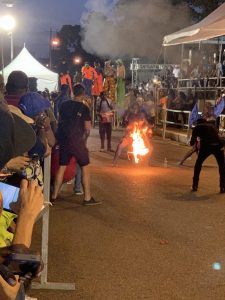 The emancipated slaves first celebrated their freedom on 1 August the anniversary of their emancipation but soon participated in Carnival instead. The Canboulay riots were riots by the descendants of freed slaves on the islands of Trinidad and Tobago in response to efforts by the British police to crack down on aspects of the celebration […]

I met Carl and Lyn at South Connection(SC) launch many years ago and over the years we became good friends working alone side each other on carnival project , I alway admire their work such amazing wire bending, I actual first knew Lyn mother Elma Betancourt (who also attended SC band launches- she use to […]