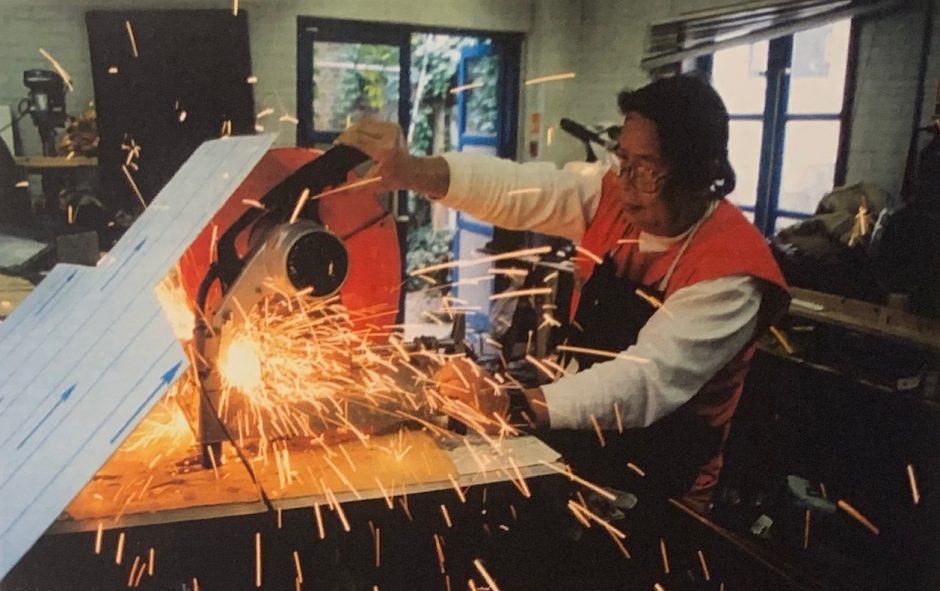 Alwin Chow Lin On, ‘Chow’ to all who knew him in the UK, sadly died on the 29 July 2011 in Port of Spain (Trinidad & Tobago) from a heart attack following a long illness. Born and brought up in Sangre Grane, and manager of his parents hardware shop, he quickly became interested in the engineering side of making things and in the early evolution of the steel oil drum into the beaten and tuned unique sound of the Trinidadian steel band. With friends, he formed the Sangre Grance ‘Cordettes’ and later became a President of the Trinidad and Tobago Steel Band Association. 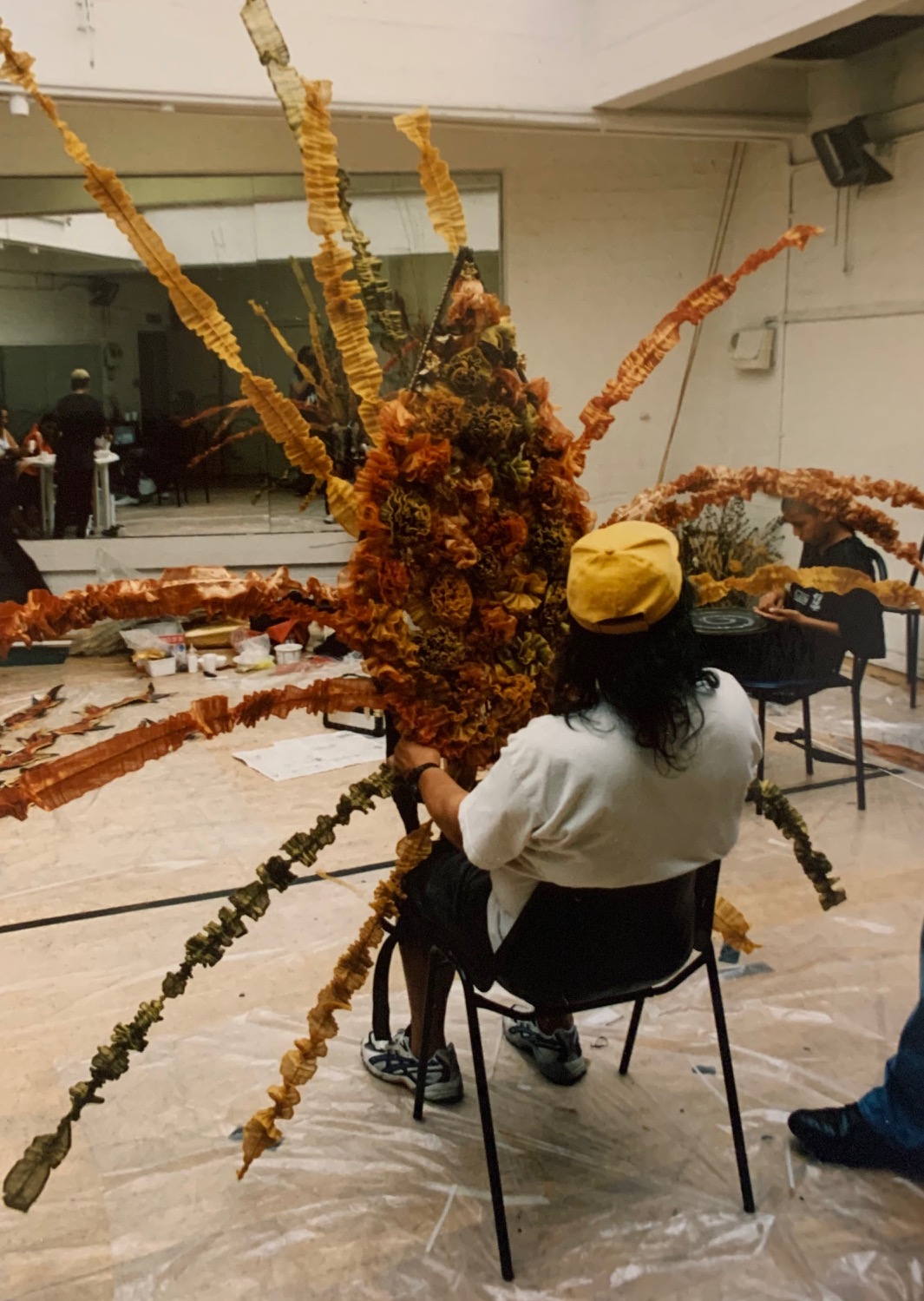 On moving to Port of Spain to part-own two restaurants and a nightclub, he started to spend spare time making carnival costumes for Stephen Lee Heung. There he met the young carnival costume designer, Peter Minshall. Over 11 years he became Minshall’s production manager for such bands as ‘Carnival is Colour, ‘Paradise Lost’, ‘Danse Macabre’ – making patterns, ordering materials new to Trinidad, controlling the production line, paying stockists an workers on time and within budget. At the same time Chow’s engineering skills helped him realise Minshall’s early famous ‘King’ costume designs – notably ‘The Merry Monarch’, ‘Sacred and Profane’, ‘Mancrab’ – (all worn by Peter Samuel). So many of Minshall’s costumes for competition and on the road pre 1989 came about solely due to the engineering skills and organisational ability of Alwin Chow Lin On.

From 1996 to 2006 he lived with UK carnival costume designer, Shula Newick. this new phase of his life led him for part of each year to the UK and the Notting Hill Carnival. As Shula’s structural designer he built with her and for Dragons Carnival band such winning costumes as ‘The Eclipse’, ‘Burnt’, ‘Spirit of the Firest’, and was the production manager for Dragon’s winning bands ‘Nature’s Warriors: Part 1’ and ‘Part 2’. He also was the structural engineer of large costumes for South Connections’ band ‘Flight’ and ‘Rivers of Vitality’ (designers Ali Pretty and Ray Mohair). Shula’s designs gave him opportunity to explore embossed metal work for crowns and collars and for leatherwork. 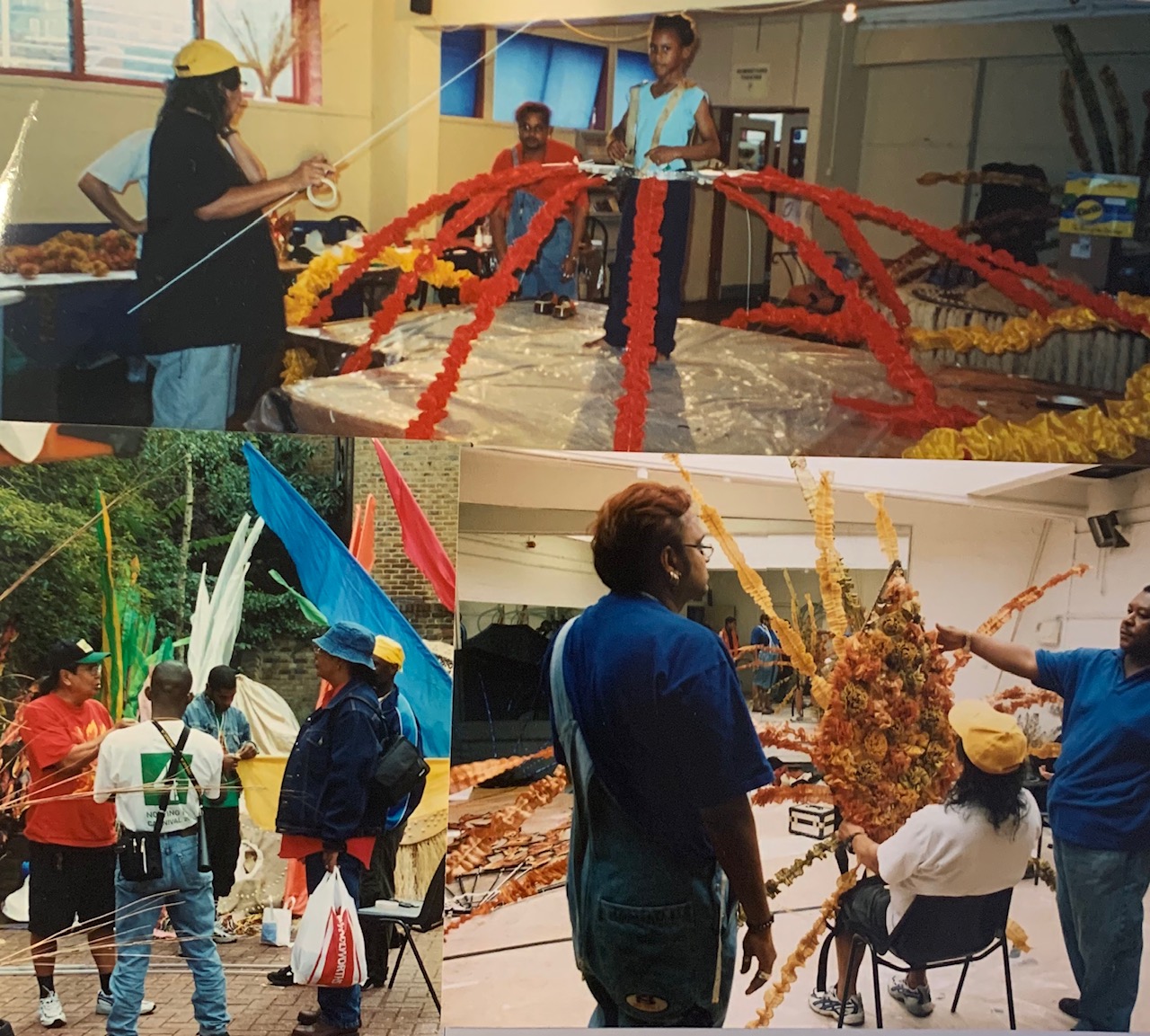 The latter part of Chow’s life was devoted to passing on his structural knowledge to the Trinidadians Curtis Drayton and Russell Thompson and to Shula Newick through the making of King, Queen, Individual, Junior King and Junior Queen costumes both in the UK and Trinidad. His death has left a large hole in their lives.

Chow disliked the current trend for beads, bikinis and sequins as the main solution for masqueraders costumes. He felt the ‘wow’ factor that spoke to some inner symbolic sense of tribal togetherness, vibrancy and infectious energy had been lost through the lack of creativity – that it had become ‘all too Las Vegas’. He also dislike the growing trend for King and Queen costumes to be built on a cumbersome steel frame with wheels. For him this was a ‘float pulled by a donkey’ and impeded free dance. their repetitious form spoke of the sterility of many designers ‘who were playing it far too safe’ and ‘killing the excitement of the new that should go with competition’. 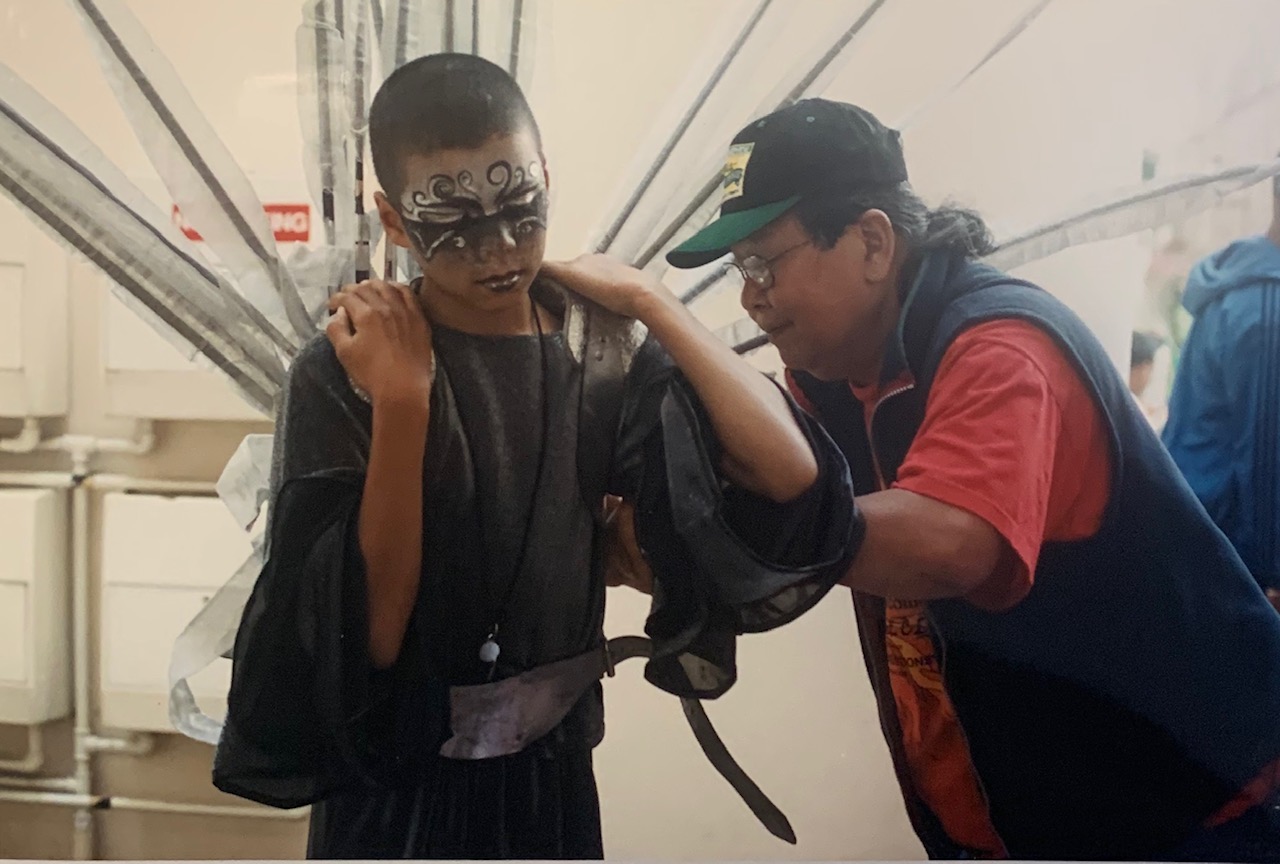 Chow adjusting a backpack for Robby Freeman at Ovalhouse theatre 2000

Chow was not the easiest man to know. He always asked high standards from his designers, workers, performer, masqueraders. However without his inspiration belief in the transforming power of mas, at its best, many of us who knew him may not have honed beyond the commonplace and for that reason he will always be with us at carnival time.

With thanks to Shula for sharing her story of Chow with us.