Canboulay, out of the fire comes, DANCE OF THE CLOTH. 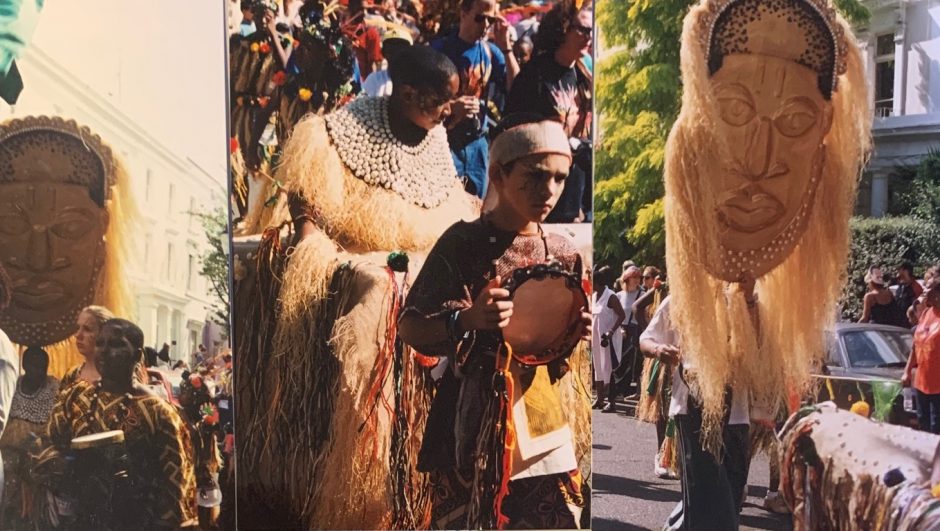 Canboulay, out of the fire comes, DANCE OF THE CLOTH.

In researching a festival to celebrate the new millennium, I came across Canboulay, which was originally celebrated on August 1st, (the date of Emancipation celebrated in Trinidad and Tobago). Subsequently, it was moved to the two days of celebration before Ash Wednesday (now called Carnival).

“Canboulay, ‘cannes brulees’ derived from the French for “burning cane”, although other definitions, such as the patois for ‘cane rat’, have been suggested. Canboulay is a celebration of resistance and emancipation which re-enacted the days when enslaved Africans were driven with cracking whips to put out fire on sugarcane plantations. Cane was burnt before harvesting to control reptiles, centipedes, scorpions, and other pests. (Canboulay may have been associated both with danger and cruel force labor, with the end of the season of heavy labor marked by the final burning of the cane stubs).” 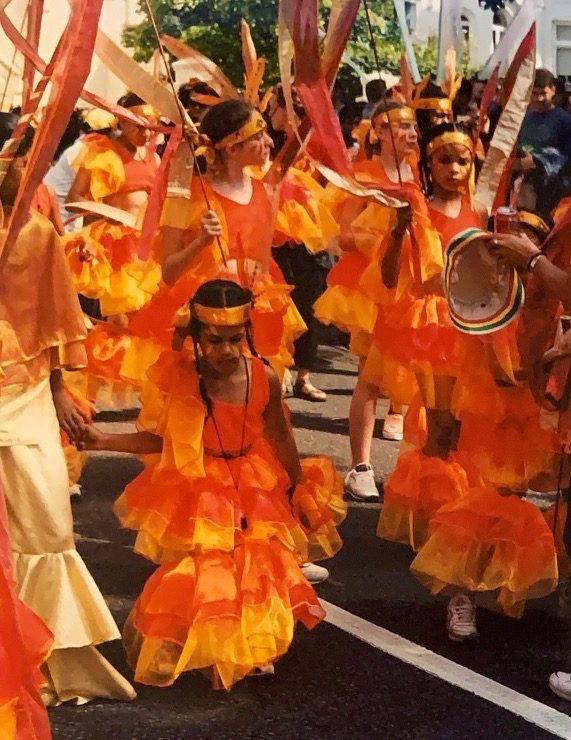 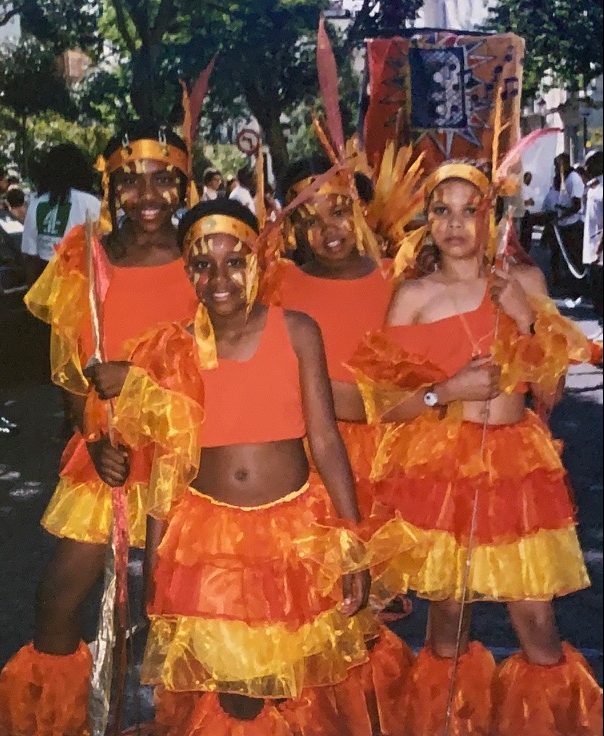 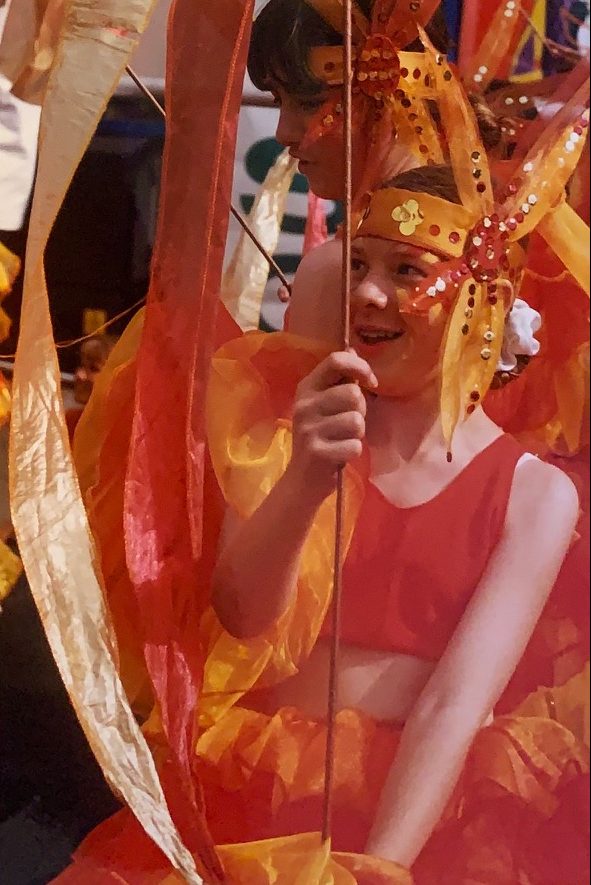 The story comprised of two parts, first dealing with the destruction (the cane fire). Children open the band with sections depicting reptiles, mice, sugarcane, drums, villagers and rhythm makers, alongside sections of horns and shells Canboulay.

At the center of the band a battle between Good – Ma Ma La Terre (patois for mother of the earth) and Bad – the Blue Devil (Creator of destruction) takes place. The Gayelle heralds in the all-male sections (Kalinda) which then opens part two, rebuilding and celebration of life.

Here sections represent names of folk dances, like Kalinda, Bongo, Jaharoo, Pique, Limbo and the Sailor dance – which is the carnival dance aka DANCE OF THE CLOTH. 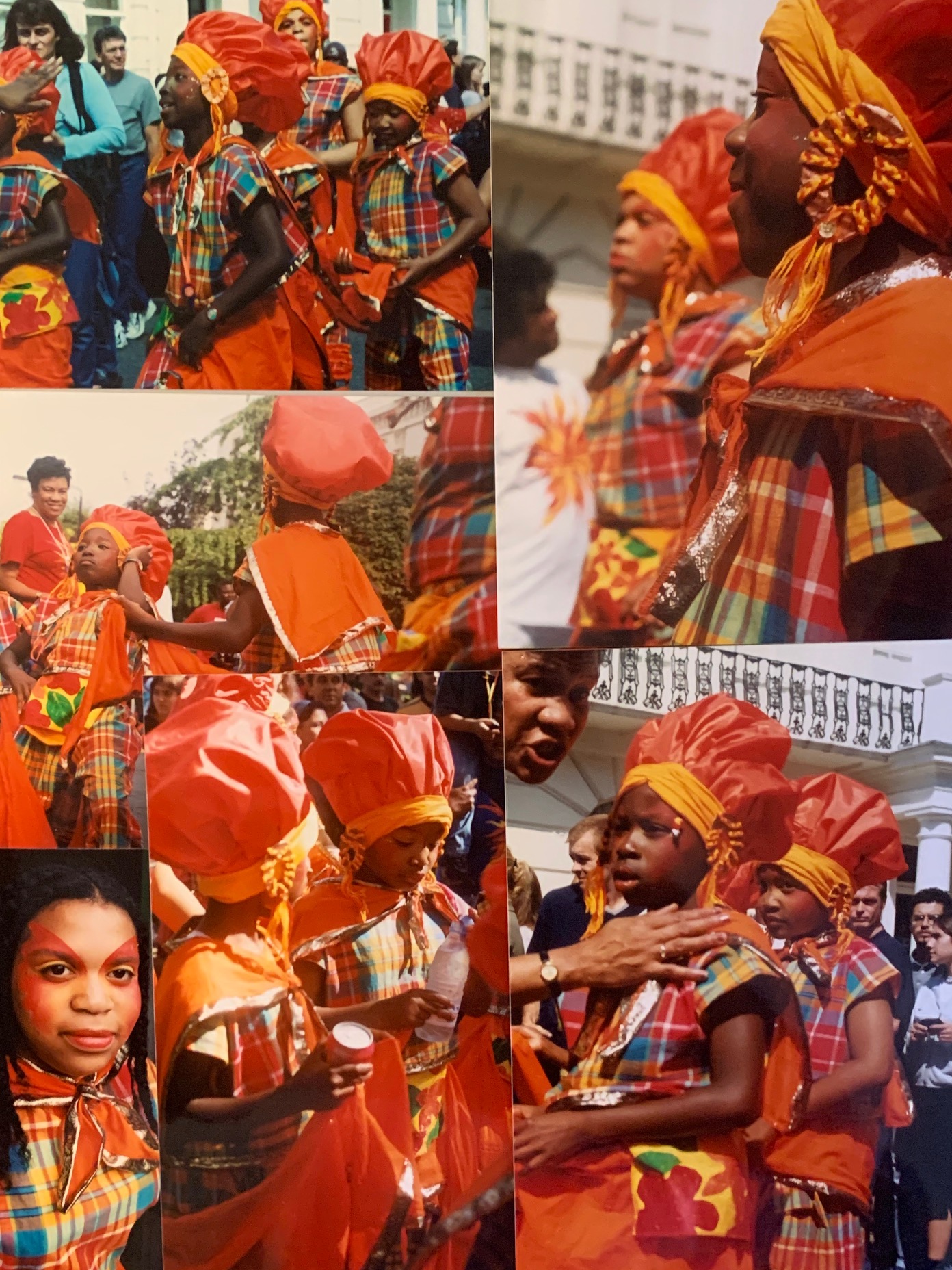 Choreography and music makes up the performance, which involves a lotof movement, making the costume work to it’s fullest potential. The human body with the fabric is transformed into a

dancing art form, in the colours of the rainbow.  The use of folk costumes (from Trinidad and Tobago) played an important part in this production.

The material used in this band comprised of 100% cotton, voile, raffia, rope and lots of natural material. Accessories made up of all beads, shells, wood, stone and hand made flowers that symbolize the gift from Ma Ma La Terre.

New sewing techniques and methods in which the fabric can be used in costume making were taught, as well as methods in headdress and accessory making.

Out of the fire comes,
DANCE OF THE CLOTH

Scorpions, Centipedes, Snake and Mice,
Run from Flambeau like thieves in
De night,

To de beat of the Drums,
With Horns and Shells,
And the cracking of the Whips,
Comes the Blue Devil, reaping Havoc on de land,

Nothing left, But ah trunk of cloth,

The spirits of the Belle Air,

Out of the Ash comes the Rainbow of life,
In the Gayelle de Cloth flows,
De Chantuelle call,
Dance yuh dance of the cloth.

At de wake tonight dance the Bongo,
With bois in hand dance Kalinda,
To be cured of evil leh we dance the Shango,
With cocoyea, dance the Jharoo,
Leh we mix and match the Pique with the Castillian,
To make the Dragon dance,
Before the rhythmic movement of the Limbo,
Leh we dance the Sailor dance. 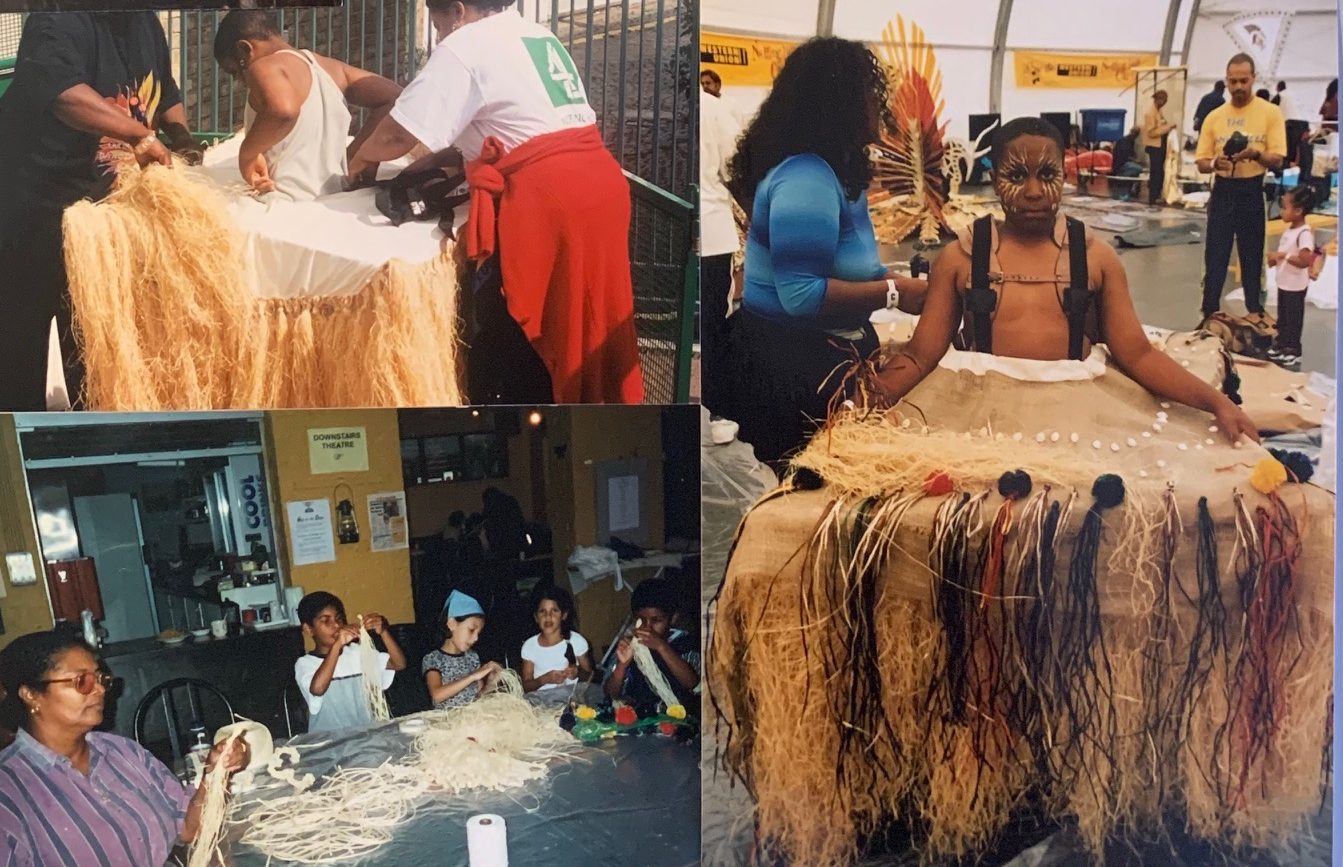