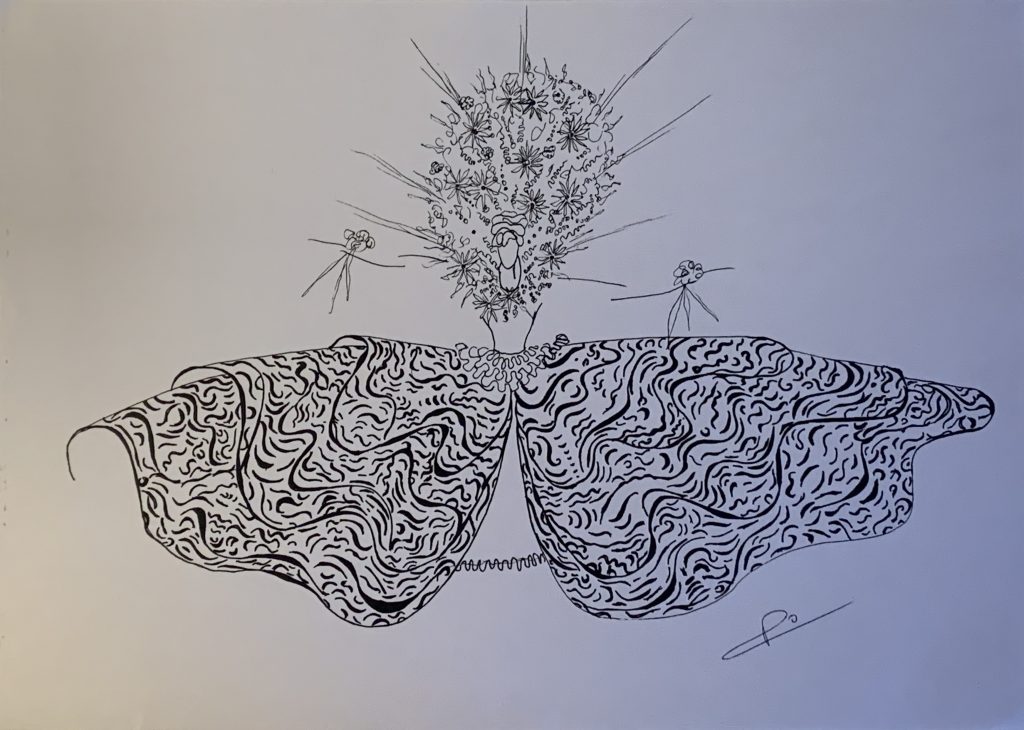 CANBOULAY, out of the fire come, DANCE OF THE CLOTH 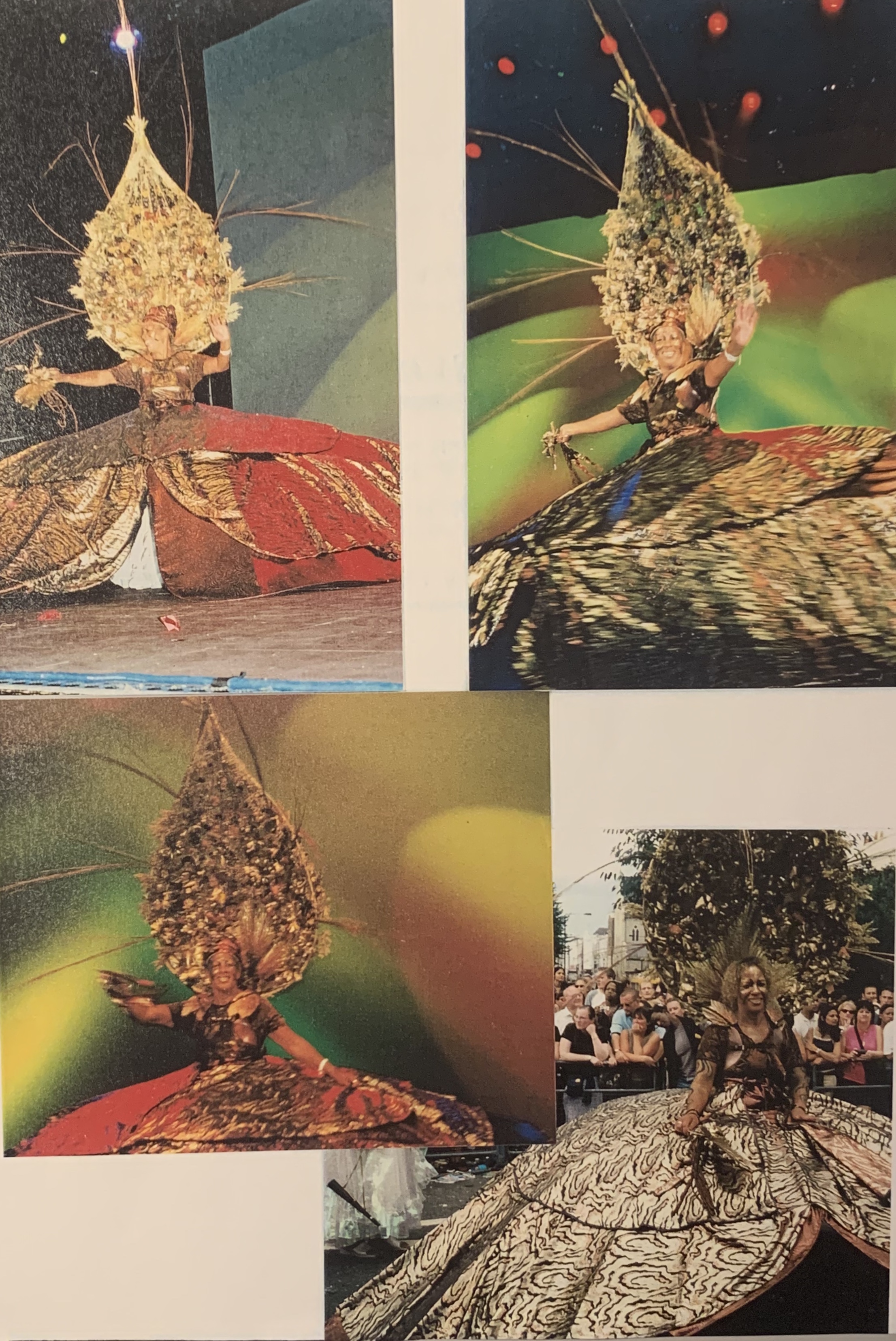 When I had the opportunity to create a band for the new millennium  I chose the theme Canboulay, cannes brulees derived from the French for “burning cane”

As it was 2000 which symboled a new beginning for me Canboulay was a fitting concept as it represented Rebirth and Resurrection: The role of fire in the symbol of rebirth is best known through the phoenix. The mythical phoenix dies by spontaneous combustion. It bursts into flames and disintegrates into ashes. Then, from the ashes, a new phoenix is born to live its live again.Fire symbolizes many things, including passion, desire, rebirth, resurrection, eternity, destruction, hope, hell and purification.

Nothing left, But ah trunk of cloth,

The spirits of the Belle Air,
Share the wealth, left and right,

This costume portrays the rich wealth of women,
She is the scorching of the earth yet fertile ground.
Symbolising the re-birth and rejuvenation of life,
she gives life a new meaning.
“Mother Earth” 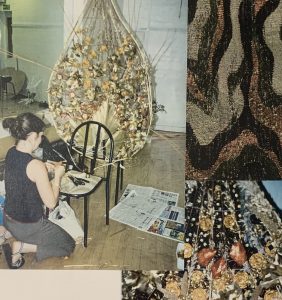 The main artist who worked on the was Ceri Passmore, I met Ceri the first year I came to London she was part of SC artist team she was alway passionate in the way she created original she worked on headdresses and the accessories for the large costume.

I offer her the opportunity to work on the tear drop ( the back piece of the costume ) is constructed out of wire and fibreglass rods, covered in netting and then decorated in a range of natural materials and flowers and pest of the coconut tree-which I brought from Trinidad,

Now a mum of two she and her kids take part in S.i.A band at NHC

The material used in this year’s band comprises of 100% cotton, voile, raffia, rope and lots of natural material. Accessories made up of all beads, shells, wood, stone and hand made flowers that symbolize the gift from Ma Ma La Terre. 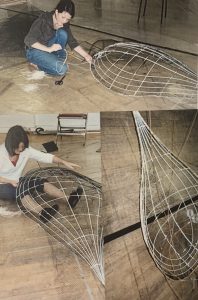 Alone side her and supporting in the decorating was Rajah Shakiry and Andrea Bond we also had Alwin Chow Lin On working on the structure. 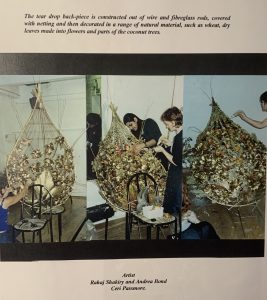 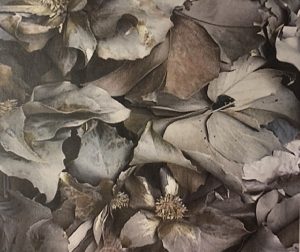 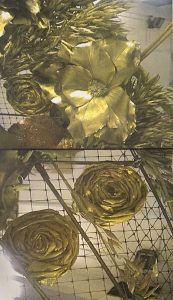 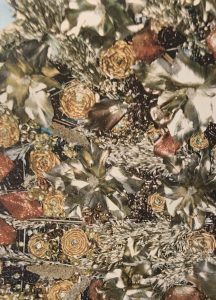 This was my first encounter with the Victoria and Albert Museum we had the chance to display this costume and some other at the exhibition Carnival in Close-up , From the Caribbean to Britain and beyond October- November 2000. 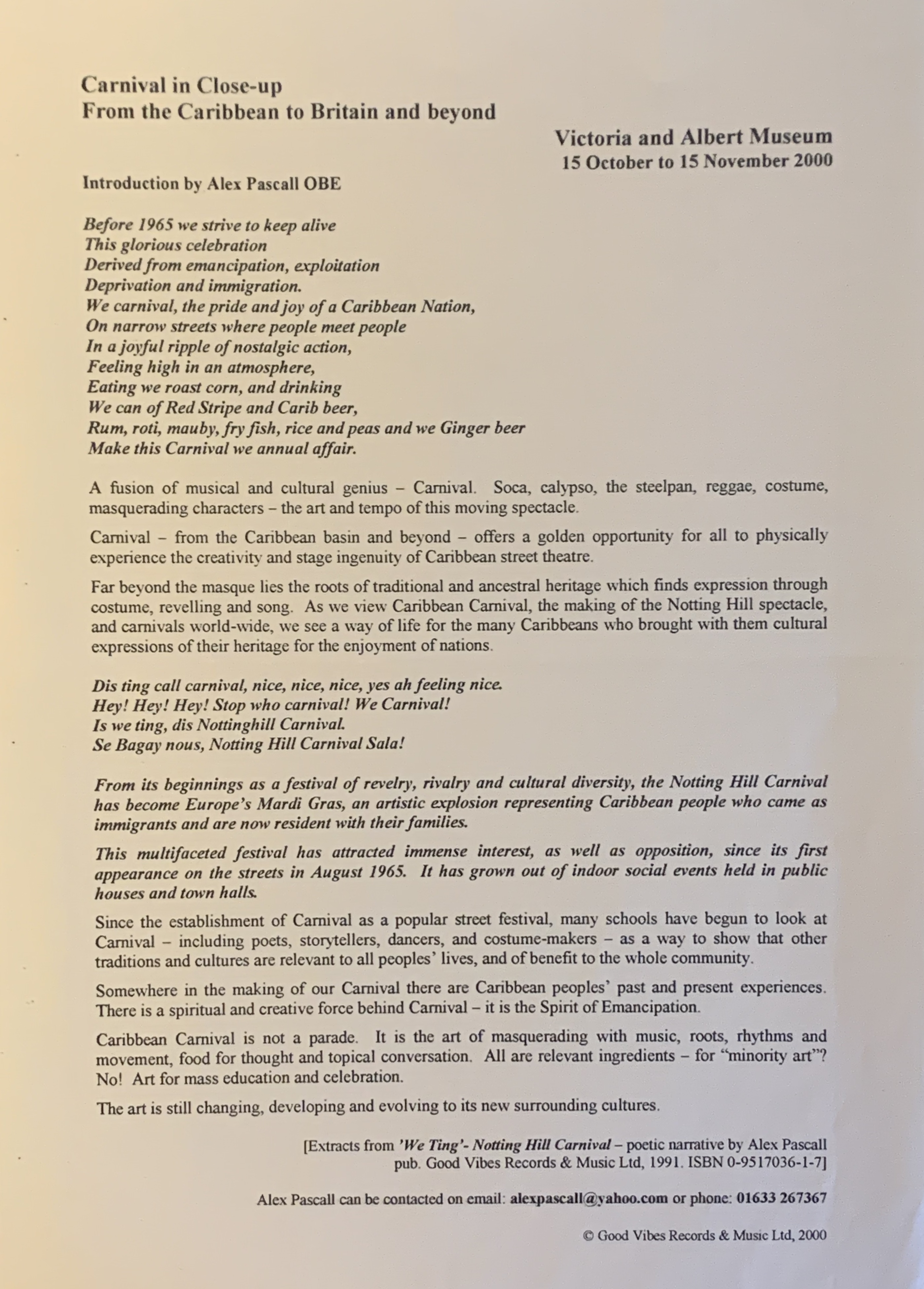 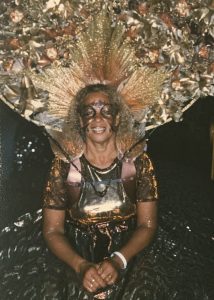 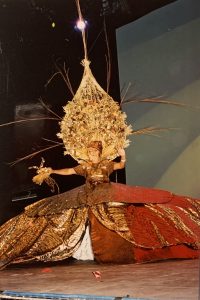