What S.i.A has been up to over the last 6 months… 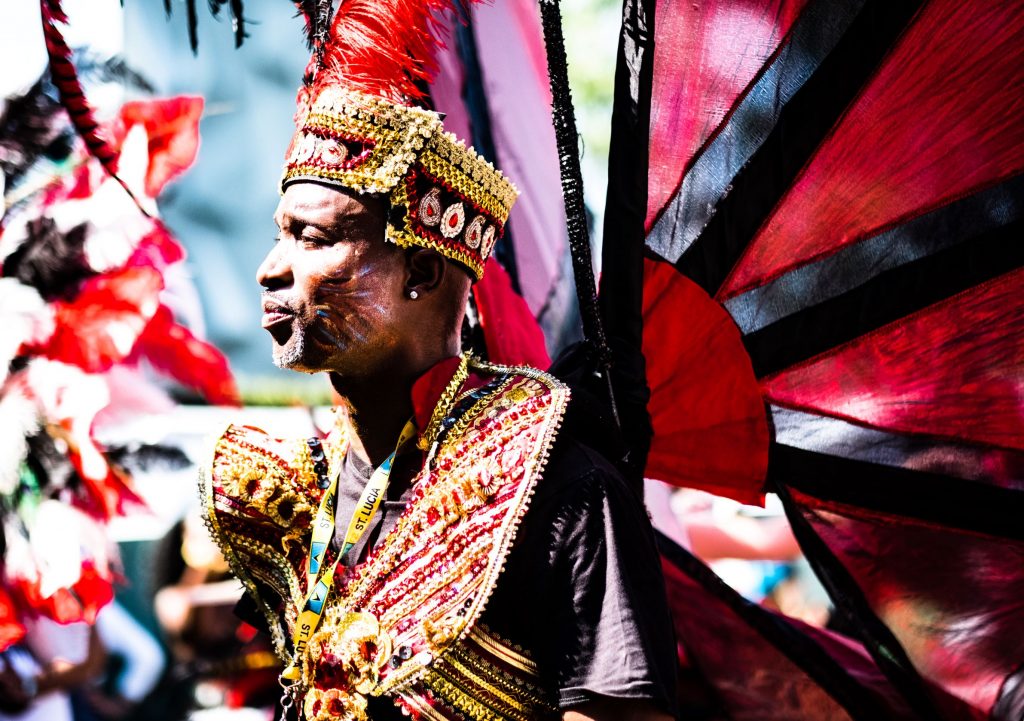 S.i.A has had a tremendous Summer of carnival projects, costume building and community engagement ! Each autumn we love taking a look back over the SUNSHINE months to reflect on all the incredible things we’ve been involved with.

Our Total audience from the aforementioned for the 6-month period is approximately 1.5 million!

In the last 6 months S.i.A’s digital platforms have seen a total number of 12,000 online visits.

S.i.A has hosted an audience of 1,800 people from space rentals alone. We’ve been building on marketing for our rental spaces and have strengthened our reputation in the local area for affordable space hire. Space rentals at S.i.A consist mainly of London-based theatre companies, local community groups, charities and creative workshops.

If you want more information on our affordable hire spaces, CLICK HERE 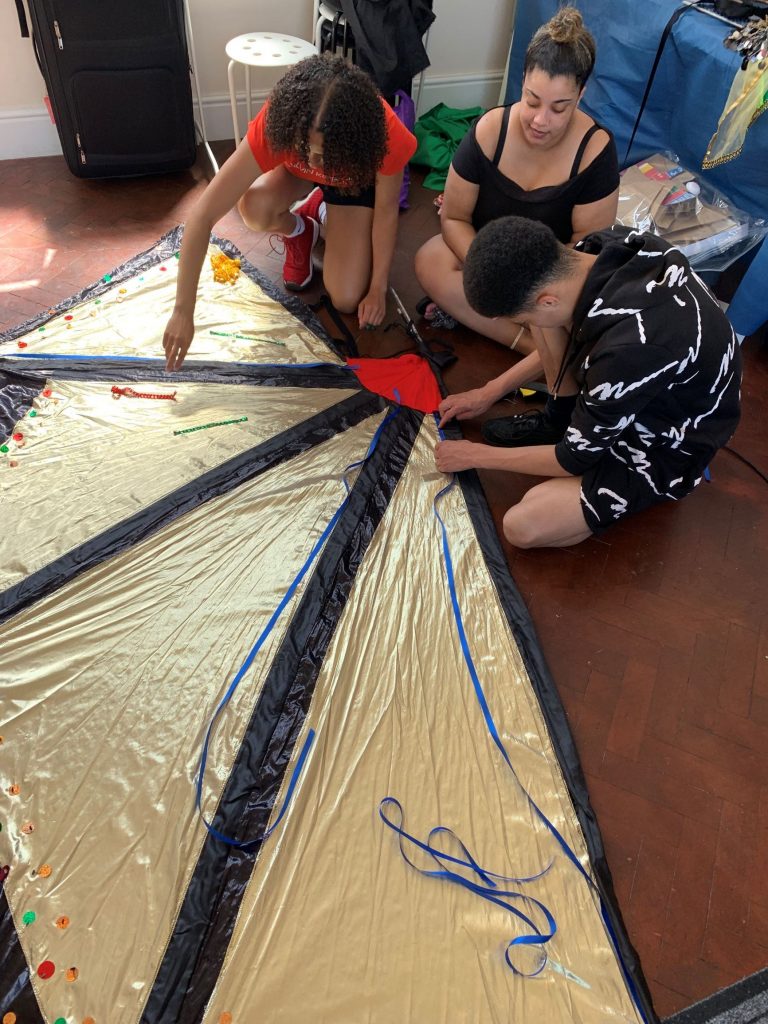 In April Ray Mahabir worked with Kinetika and costume students of the Royal Opera House students on designs for two Puppet costumes for Tilbury carnival 2019.

The ‘drop in the ocean’ project used creative arts, making and storytelling to explore the impact of plastic pollution on our oceans. The project gave pupils an opportunity to understand the impact of their choices as individuals and as a collective and supported them to make better informed and more environmentally conscious decisions. 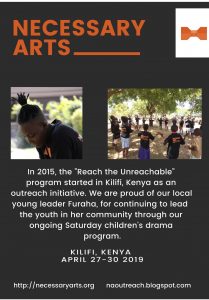 CARNIVAL WORKSHOPS – KENYA
April to May

S.i.A is collaborating with Necessary Arts to set-up a Trinidadian mini Mas Camp and deliver carnival workshops to children in the Bofa community in Kenya. Keep an eye out for our full blog coming soon on this!

Ray Mahabir & S.i.A worked with local arts organisations and local artists in Norwich for the second year running, and had approximately 120 participants over two weeks of workshops. This was a new way of working with recycled art and carnival and was a focus for S.i.A in 2019. We worked alongside teachers and pupils at Wensum Junior School to create a large recycled carnival sculpture for the Lord Mayor’s Parade Norwich. Project commissioned by Norwich council. 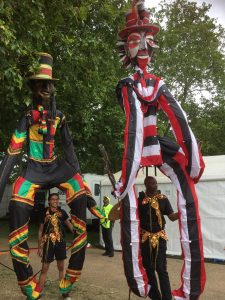 S.i.A brought their carnival costumes to British Summer Time in Hyde Park for the seventh year running. Our 13-foot ‘rasta man’ and ‘trini man’ puppets make an annual appearance at their audience parades, and have done for the past 7 years.

S.i.A took it’s carnival costumes to Boomtown fair. We have partnered with Boomtown festival for the past four years. This year the team requested that the costumes were made of eco-friendly materials. The precession involves many young people and young adults from local community groups and around 30 young adults got to experience wearing an S.i.A costume and playing Mas.

S.i.A was commissioned to work with the youth group Original Step Performers in Leicester. Our Artistic Director worked with the group to create a masterpiece big costume for Leicester Caribbean Carnival – with a theme of Windrush.. 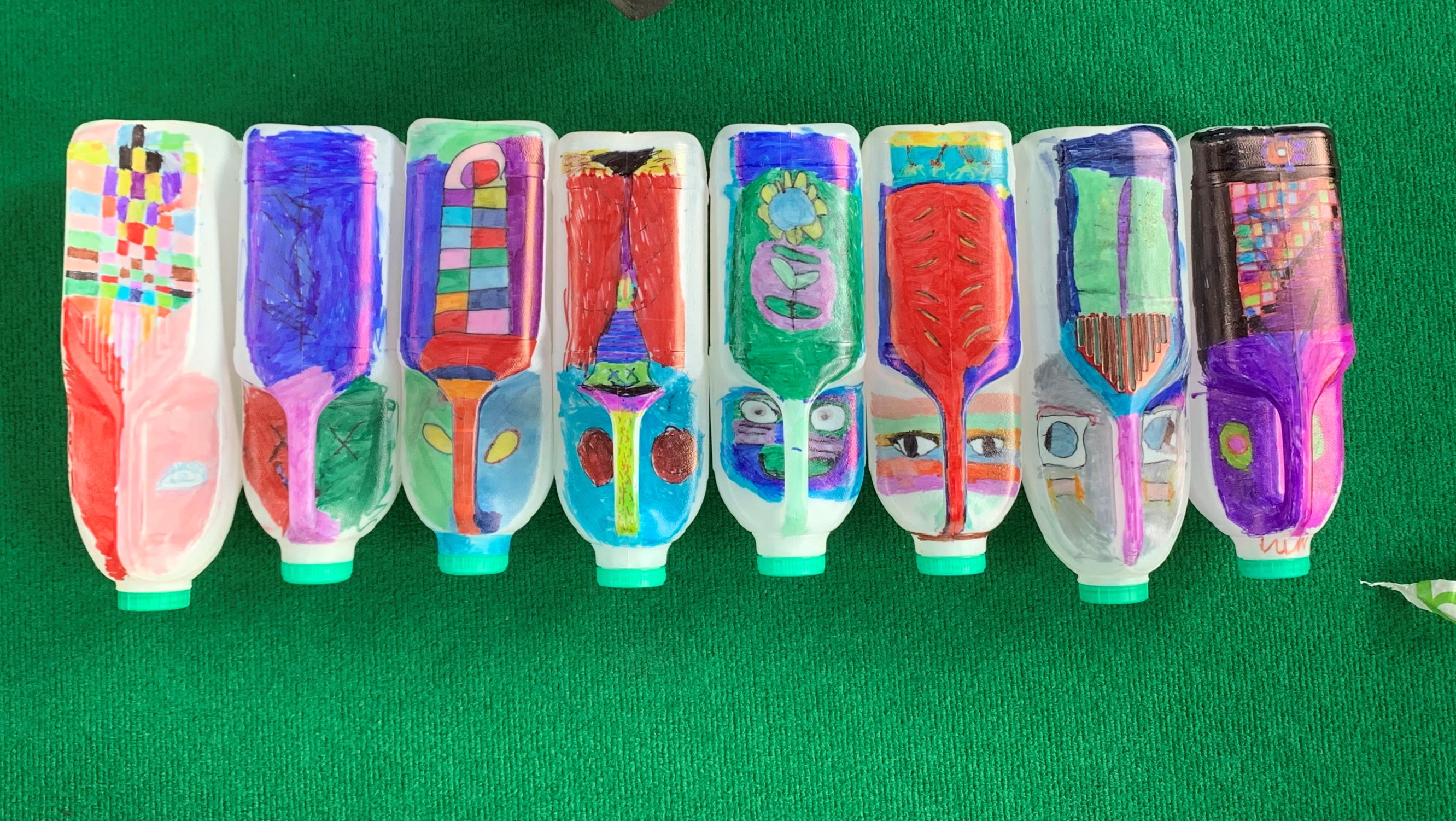 S.i.A ran a total of 36 days Mas Camp workshops from April to July open to general public and mas members . Our Upcycled costumes theme meant carnival could be more affordable for all. Our contribution to the Artform is to involve more people, and we do this by enabling people on a lower income, who may not have had the opportunity, to get involved. S.i.A saw lots of new faces, and ran a special event and ‘open day’ for the centre to invite back regular masqueraders and let them meet new people who wanted to get involved. 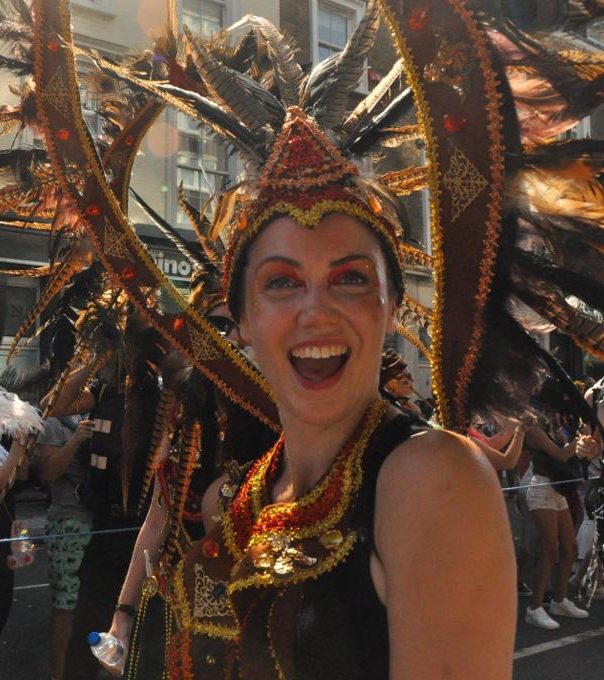 S.i.A saw another successful year at Notting Hill Carnival. This year’s adults presentation was ‘MASCYCLE’, with the kids presentation being ‘Ah Drop In The Ocean’, which won second place in it’s category. Both themes reflected our environment, the current state of the ecosystem and humanities effect on the world.

S.i.A brought together communities from Brixton, Loughborough Junction and Camberwell for a local carnival held at Max Roach Park and proceeding to Myatt’s field park. The workshops involved children and young people to make their own masks and shakers for the parade, paint their faces in traditional carnival style, and join a drumming workshop. This will lead to S.i.A’s 2022 local carnival festival project throughout May & June.

S.i.A provided costumes to our long-time collaborators Emccan. These costumes were showcased during their annual Uk summer national tour. Their aim during this tour correlates with S.i.A’s objective of sharing Caribbean carnival arts with people who may not normally engage in culturally diverse art forms, bringing these to a new audience.

S.i.A’s Artistic Director was invited to judge the prestigious annual Emcann Regional Costume Competition. This is a significant event in the annual carnival calendar and S.i.A’s AD attended as a special guest to judge award winning costumes from various carnival companies. 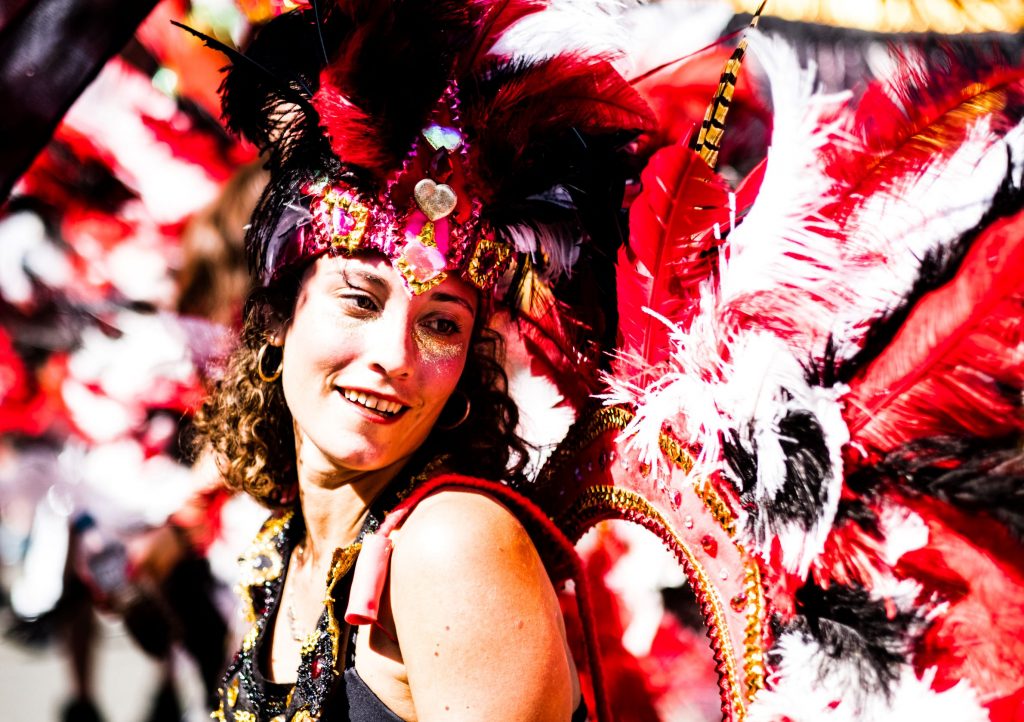 This summer saw an increase of costume rentals/hires and several individual costume commissions.

If you want to learn more about how we can help your carnival project come to life, CLICK HERE